Getting a good gaming monitor can greatly increase your comfort and performance, that’s something that we all know by now. But which monitor should you get? With so many different monitors and versions out there (for reference: our analyzed professionals currently use over 90 different monitors between them) it can certainly be hard to see the forest for the trees, doubly so when manufacturers don’t exactly make it easier with their similar sounding naming schemes.

That’s where we come in. We’ve been using our data and experience to come up with this complete guide to gaming monitors. There’s two parts to this article: part one will be about monitors for competitive gaming (where you’ll want to get as many frames as possible and don’t really care about visual fidelity) and in part two we’ll give you some recommendations in case you’re more of a casual gamer and/or you devote more time to singleplayer games.

This guide is divided into two easy to read parts, so if you don’t care about the competitive monitors you can just skip ahead without missing anything.

You’ll find that this guide contains everything from a basic budget 144Hz monitor to full-featured 240Hz behemoths, so there should be something in here for everyone. All of these monitors are 1080p monitors. That’s because professional players don’t make any compromises when it comes to framerate; if you’re gaming on a 240Hz monitor it’s better to have a consistent 240 frames per second at 1080p than to have 190 frames per second at 1440p, for example.

For reference: a little under 2 percent of our analyzed professionals game at a resolution higher than 1920×1080.

‘The human eye can’t see above 60 fps.‘ It’s a silly myth that’s often parroted on the internet, but unfortunately some people really believe this. That statement is categorically false however. There’s a great difference between playing a game at 60 frames per second and playing the same game at 144 frames per second. A high refresh rate will quite simply make the game way easier to follow and it’ll make everything look and feel much more responsive.

It’s really a subject of no debate if you take a look at the professionals; 99% of our analyzed gamers use a monitor that’s capable of displaying at least 144 frames per second. If there really wasn’t any benefit to a monitor like this we wouldn’t see numbers like these, and we like to believe that professional gamers know what’s good for them. If you want to learn more we’ve got an entire article dedicated to this subject, as well as an introductory guide to what framerate means. In fact it goes even further than that: well over half of analyzed gamers use a 240Hz monitor.

Note: We’ve bundled the XL2546 and the XL2540 together, since they’re essentially the same monitor with minor differences. The XL2546 comes with BenQ Zowie’s DyAc technology while the XL2540 does not have DyAc, but it does support FreeSync and is G-Sync compatible.

Ever since Zowie made their first splash in the gaming scene with their competitive gaming mice they’ve been operating on the principle of ‘performance over everything.’ That’s why you won’t see any RGB strips on their gaming mice, for example.

The BenQ Zowie XL2546 is another example of this ethos. At first sight you wouldn’t really expect this monitor to be a top tier gaming display since it doesn’t have an alien-looking stand or an RGB light show coming out of the back of the panel, but this is definitely one of the finest gaming monitors out there at this point in time.

The XL2546 supports a massively impressive 240Hz refresh rate and a 1ms response time, making it one of the fastest monitors out there right now. As is the case with most Zowie products the company chose not to add any unnecessary features but rather focus on what can be of use for competitive gamers.

While we’ll admit that the privacy shields on the sides of the monitor won’t be of much use for people using it at home there’s no denying that some of the other extras on this monitor will greatly increase comfort and performance. The stand of the monitor, for example, has marks on them so that you can ensure that your display is just right at all times, even if someone else has been using it or if you’ve had to move it for some reason.

Then there’s also the insanely handy S-Switch, which makes navigating the OSD (On-Screen Display) a breeze, and you can save your own personal settings on the switch, meaning that you can just plug in your personal S-Switch in any XL2546/2540 and game with your own personal display settings straight away. We don’t need to tell you how extremely convenient this is for professional gamers who are often playing at boot camps, tournaments, and so on.

All in all the BenQ Zowie XL2546 deserves the first spot. It’s an insanely fast 240Hz monitor packed with features that are actually useful for gaming such as Black eQualizer, the ability to tweak color vibrance on the display itself, the S Switch, and more. You can read our review for the full rundown, but rest assured that the XL2546/2540 has everything you’d possibly want out of a competitive gaming display.

Out of the blue

The OMEN (which is a brand by HP) X 25 initially came out of the blue somewhat. It was the official stage monitor for the second and third season of the Overwatch League, but it wasn’t really available to the public until recently. Of course the fact that it’s used by the vast majority of Overwatch professionals gives it a substantial boost in this list but if you look at the specifications this is a great monitor in its own right.

With a response time of 1ms and a refresh rate of 240Hz it already meets the benchmark for a competitive gaming monitor these days, but this monitor also supports G-Sync. The relatively thin bezels along with the thin and sleek stand give the whole thing a cool look, which is accentuated by the ambient lighting.

Some downsides lie in the fact that you cannot swivel the stand (it’s height and tilt adjustable but nothing more) but if you’re not bothered by that this is a great one to consider, especially because it also adds features such as the ability to display a crosshair on the monitor itself. Yes, these things aren’t useful for everyone, but it does show that OMEN was thinking of the details when they designed this product.

Out of this world specs

Alienware might have a bad reputation with some gamers due to some of their products seemingly focusing more on the aesthetics side than the performance side but the AW2518H seems to be a hit on most fronts.

It’s got a 240Hz refresh rate (along with a 1ms response time), a fully adjustable stand, and it supports G-Sync and ULMB. Since it’s an AlienWare product you’ll find a bunch of RGB LED strips at the back of the display, but as a whole the monitor doesn’t really look gaudy if you’re asking us. And look at those thin bezels.

This monitor is also available as a FreeSync monitor, making it a bit more budget friendly, so if you have no need for G-Sync you can save yourself a bit of cash and go for the AW2518HF.

Due to the thin bezels and relatively subtle design it’s also a great option if you want to rock a multi monitor setup if you’re asking us.

Another monitor with G-Sync

The ASUS ROG (Republic Of Gamers) Swift PG258Q won’t be mistaken for a run-of-the-mill office monitor any time soon with its alien-looking stand that projects the ROG logo on the surface that it’s standing on. The ROG Swift PG258Q looks like it means business, and if we take a look at the specs we can see that there’s plenty going on under the hood as well.

With its 240Hz 1ms response time display you’ve already got one of the fastest gaming displays out there, but ASUS ups the ante by including G-Sync and ULMB. Aside from that it also comes with ASUS’s GamePlus technology and it offers six settings presets for different game genres with what’s called Gamevisual Technology.

The stand and panel don’t only look fancy either; on the back of the display there’s a 5-way joystick to help you navigate the OSD easier (which is something that we appreciate, since navigating those can be a real pain) and the stand is of course fully adjustable, with a handy cable management hole so that you have an easier time keeping your desk clutter free. For those after hours sessions there’s also the Ultra-Low Blue Light Technology.

All in all the ROG Swift PG258Q is one of the best gaming monitors out there at the moment, and if you’ve got an NVIDIA card and want to take advantage of their G-Sync technology this is one of your best options right now.

Note: The XL2411 is a line of monitors that’s been around for a while now and as such it comes in many different iterations and versions with very minor differences between those versions. We’ve bundled these together for this article.

We say it all the time here on ProSettings.net: 144Hz (or higher) is the current competitive standard as far as refresh rate goes. People are quick to think that you need to shell out vast amounts of money if you want to get a high refresh rate panel though, but the XL2411 line proves that this is not really the case.

If you’re comparing the XL2411 to any standard 60Hz office monitor it’s obviously going to be more expensive, but you do get a lot of bang for your buck with this product.

You get a panel with a response time of 1ms and a refresh rate of 144Hz housed on a stand that can pivot, swivel, and tilt, in addition to being height adjustable. That’s nothing flashy when it comes to gaming monitors, but as an entry level 144Hz monitor there’s not much more to really want if you’re asking us.

If you go for the newest version (which is called the XL2411P) you also get the ability to tweak the color vibrance on the display itself, which is great if you play a game with colors that are naturally pretty subdued such as CS:GO, where a lot of professionals like to tweak their color vibrance to help distinguish enemies from the background.

While the XL2411 obviously isn’t as full-featured as some of the more expensive options out there you do get a pretty attractive package here, and BenQ Zowie even include handy features such as their Black eQualizer and Low Blue Light technology (for those late night gaming sessions).

If you’ve got a pretty modest setup (no need to go for a 240Hz beast monitor if your rig can’t push enough frames for it) or you’re on a bit of a budget but you do want to get a competitive edge this is one of your best options right now.

As we said before there is no discussion in the pro gaming scene: you’ll need a monitor that’s capable of displaying at least 144 frames per second if you want to be a serious competitive player and as such the best monitor for esports needs to be a high refresh rate monitor first and foremost.

Gaming at high refresh rates is expensive though; a 240Hz monitor will set you back a pretty penny but then you’ll also need a system that can push enough frames to said monitor. In any case: this list has everything from basic entry-level 144Hz monitors to feature packed 240Hz G-Sync beasts, so there should be something in here for everyone. 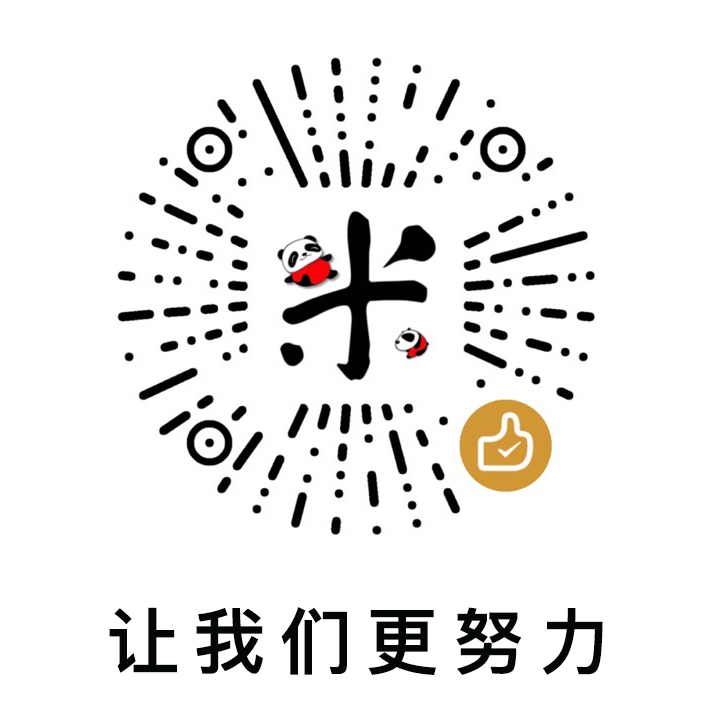 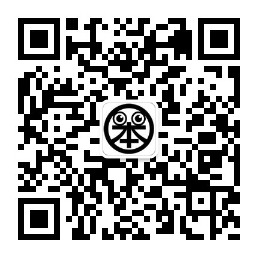